Krishna is regarded as among the most significant people in human history. He was undoubtedly one of India’s most powerful figures. Indian spirituality took on a greater sense of love and devotion as a result of his tales and lessons. His teachings were basic and simple to understand at their core, which is likely why they are still so prevalent nowadays.

Lesson number one: Don’t ever give up on what you adore.

Krisha had a strong passion for the flute which is known as Basuri, and he never quit playing it due to his engagements. It remained by his side even throughout wartime.

When we’re feeling stressed, hobbies and interests may give us a fresh lease on life.

Lesson number two: Helping others is a good thing to do.

Krishna has spared the residents of Vrindavan from being poisoned on several occasions. Given the fact that they were not connected to him, he was compelled to be of assistance to them.

Being of assistance to mankind is always believed to be a form of serving god.

Lesson number three: The key is love for self, unconditional love.

He not only blessed people who had insulted him, but he also demonstrated unconditional love while giving his disciples Mukti, or enlightenment. His entire life revolved in heavenly love.

It’s something we could take and apply in our everyday lives.

Lesson number four: Focus on Single Day at a Time

Krishna was aware of the upcoming years, yet he decided to live in the now and not be concerned about it. Even though he understood what was coming, he took each day as it came.

It’s easy to become overwhelmed by difficult situations, but remaining conscious and present may make things a lot simpler.

Lesson number five: Use your spiritual understanding to help others transform.

The deity Indra was outraged by individuals who worshipped Krishna at one time and attempted to annihilate them. Krishna, however, intervened and saved them. Indra asked forgiveness after seeing his foolishness, and Krishna granted it.

Everyone makes errors, some of which are disastrous. Don’t be a doormat; instead, provide room for others to change. They could astound you.

He was remained modest and respectful to his elders, whether they were his parents or teachers, even though he was the Great God of all creation. He was continually trying to make them happy. As a result, people were eager to assist him everywhere he travelled.

Everybody would respect you if you treat them with respect.

Krishna had to deal with adversity from the moment he was born. Despite this, he greeted each and everybody one of them with a grin. To put it another way, he was enjoying a life of unending happiness. It’s arguably the most basic of all the lessons.

Happiness is a state of mind; your circumstances do not determine who you are.

When Krishna’s buddy Sudama handed him rice that he couldn’t buy, Krishna gratefully accepted the gift. Sudama’s wife was forced to beg for this present. Sudama’s house was transformed into gold in exchange, with streams of beautiful stones and other items streaming effortlessly into his house.

Lesson number nine: He was punctual in his work.

Even though the Lord of the Universe, he never shied away from his responsibilities. Despite having lived a life full of challenges, he never ceased performing them. Whenever it came to delighting all of his followers, he took on many forms to attend to all of them at once if necessary—a feat for which he is still famous today.

Individuals would never forget you if you give openly and meet your duties.

Lesson number ten: He made no distinction between individuals depending on social status or upbringing.

He made certain that everyone was treated fairly if it was the gopikas, cowherds, or even scholarly men. He was quite friendly to animals as well.

In terms of spirituality, no one is better than the other. We’re all connected.

Lesson number eleven: He placed a high value on his connections.

As previously said, his treatment of Sudama, a boyhood buddy, demonstrated how much he cherished friendships. Apart from that, he made no distinction between wealthy and poor pals.

Respect and affection are the foundations of lifelong friendships. You would constantly be encircled by affection and joy if you treat people in this manner.

Lesson number twelve: Did he do his responsibility towards his parents in specific?

His parents were kidnapped by the wicked King Hamsa when he was a child. He battled the king and freed his parents as he grew into an adult. Parents must never be forgotten, particularly as they become older. He performed his responsibility to them regardless of whatever came in his way.

Parents put in a lot of effort to raise their children, and aiding them in their later years is a lovely way of expressing thank you. 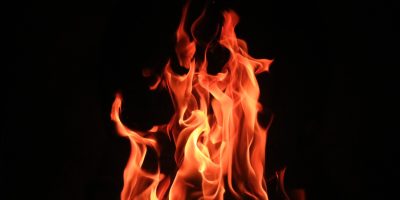 Agni’s Power: The Flame Of Illumination And Life Inside You