WHERE SHOULD YOU PUT THE SHIVA SCULPTURE AT HOME? July 1, 2022

A living incarnation of God (arca) is an idol or a representation. It isn’t a lifeless structure. When an object or idol is respectfully worshipped with dedication, life is infused into it. Devotion is really powerful. As per our Bhagavata Purana, you may awake the holy force buried in every object through dedication. You can feel unity with the deity who is omnipresent in all forms by conquering the polarity of the thinker and the subject, or the knower and the known.

Hindus worship statues for a variety of reasons, including expressing their love and communicating with divinities. If we ignore the lifeless ritualism and pretentious show that are commonly associated with idol worship, there is little dispute that it is a higher form of divine devotion, a very simple means of expressing one’s confidence in God. It becomes a changing practice in the arms of sattvic individuals, whereas it becomes a false and deluded exercise in the arms of tamasic folks. We’ve put together a few explanations for why a devoted Hindu worships his idols so passionately while the rest of the world looks at him with a mixture of mockery, disbelief, laughter, and doubt.

Regular folk who are preoccupied with their affairs and are not very well in textual information or religious studies may struggle to comprehend the deeper understanding of an unseen, formless God. Idols and tangible images are highly useful and practical for them in expressing their simple love and connecting to the concept of God on a mental, emotional, and spiritual level. A believer can be drawn into a sacred and religious attitude simply by looking at a picture. It comes alive in his head as per his hopes and ideas.

2. It’s a way of recognising God’s omniscience and omnipresence.

If God is omnipresent, everything in the cosmos, even the idol worshipped, is infused with His power and existence. Because God spreads and is omnipresent in all, everything in the cosmos is equally holy and worthy of praise. Even though we understand what we are staring at, when we look at a photo of an individual, we nearly feel as if we are gazing at the individual, not his or her picture. If the picture is of a famous leader, spiritual figure, or saint, we encounter it with much greater attention, as if we were seeing the person in reality. The same thing happens in idol worshipping.

3. It is a common practice in ancient times.

Hinduism recognises idol worship as a valid practice. There are numerous examples of the practice throughout the classics and Puranas. As per to them and even deities and devils practise it to amuse the greater gods and acquire blessing from them. Both Ram and Ravana adored Shiva’s forms and images in the epic Ramayana. Arjuna prayed Shiva in the ancient Mahabharata to earn the powerful Pasutpatha sword. Dronacharya’s image was revered by Ekalavya. Lord Krishna warns humanity in the Bhagavad-Gita not to embrace the unmanifest Brahman. He also provides the guarantee that in whatever shape and method people approach him, he will correspondingly reciprocate. As a result, Hinduism does not condemn idol worship.

4. The idols assist the believer in becoming more religious.

A dedicated Hindu admires his favourite deities in shrines or at residence to fill his mind with their ideas and maintain a particular level of reverence and love. The practice strengthens his faith and gives him the courage to confront life’s challenges. When gods’ statues are placed in a household or a puja mandir (place of devotion in a home), the house itself becomes a divine habitation, a sacred location, or a shrine in its own right. The idols inform the faithful members of the family of their heavenly existence amongst them and the necessity to live spiritually and morally to retain the supernatural force amongst them.

5. They are used as meditative and focused objects.

A picture or a sign (yantra) is the greatest help in exercising focus and meditation than any artificial construct. One can keep the brain under control and stabilise it in the ideas of the god by focusing it on a certain image. A recent study backs up the benefits of meditating and demonstrates how the brain can be effectively employed to repair the body or transform one’s mindset and attitude. It is now well recognized that directed meditation and visualisation techniques can assist people in overcoming underlying anxieties, controlling emotions, changing responses, or learning new behaviours.

When a believer reveres an idol, it is also believed that he praises the God who resides within him as his secret Self. All of your prayers to the statues are also directed to the concealed god at the same time. You are the priest in the deity’s devotion, but your secret Self is the quiet priest, or Brahman, who ensures that your pleas achieve their desired target with increased potency. 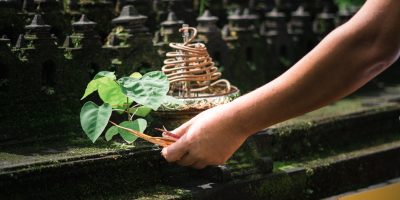